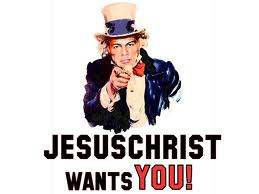 This is the third in a series of posts following the impact of The Cure for the “Perfect” Life in the life of this recovering perfectionist. You will find additional posts in the Book Reviews category. Meanwhile, hear what other brave rebels are saying or get your own prescription for The Cure at http://www.thecurefortheperfectlife.com/talking.php

“Some are born leaders, some achieve leadership, and some have leadership thrust upon them. Which of these are you, or would you rather not bother?” ― Maurice Flanagan

My answer? I will go to great bother just to avoid leadership. I’m happy to serve the public, just as long as I don’t have to do it in public. When it comes to leadership, I am a dedicated draft-dodger. However, once Cheri and Kathi identified fear as “the main force of try-harder living,” I had to come face-to-face with my cowardice at the prospect of leadership. This was the internal battle I faced every time I was asked to lead:

“Responsibility—especially leadership/public responsibility—is AGONIZING & TERRIFYING. What if I fail? As a leader, failure = I let others down—and even more ‘others’ will SEE ME DO IT.”

As a busy mom of four active children, I’m asked continually to sign up for volunteer responsibilities. Every year I must carefully decide who/what/when/where/how I will serve. The leaders of the Braver Living Rebellion recommend the following chain of command prior to enlisting:

I was first introduced to such tactics years ago in Denise Glenn’s study Motherwise: Freedom for Mothers. Since then, I’ve had numerous opportunities to witness firsthand what happens when: 1) I enlist my husband as my ally and first line of defense; and 2) I do my best to get down to the “brass tacks” of the assignment before committing to it.

However, ultimately the most critical step is leaving God in charge of recruitment.  As Cheri and Kathi point out, “When God asks you to get involved, trust and obey. Pause. Pray. Be still and know that it’s God calling before answering yes.” For one who fears leadership like I do, obedience to God is often the only thing that outranks fear.

God. Other. Details. This strategy was never more crucial than this past year, when I was thrust into a leadership role of epic proportions.  It started peaceably enough. Susan, a comrade-in-arms on the volunteer front, asked if she could nominate me to an advisory committee for an upcoming school bond issue. Was I willing to serve?

Before I could give an answer, though, I had lots of questions. Since I was pretty green when it came to school administration, school finances, or school politics, I first had to ask, “Why me?” My friend and sponsor listed some assets I could bring to the committee table. Having worked with me on committees for years, she’s qualified to say so. Since I’ve known her for years, I was inclined to trust her judgment.

Next I asked about the details, and learned that the committee would meet for a few hours every Monday evening during the month of February. Then I asked my significant other what he thought. He reminded me of my passion for this kind of service, and offered his worst-case scenario: “If you say no, I think you might regret it.”

Most importantly, I turned the matter over to God. Before I answered to anyone else, I responded to Him with my own version of, “Let it be to me according to your will.” Then I left it to God to call me up as He saw fit.

In the end, I said, “Yes.” Yes to my friend.  Yes to my husband. Yes to the opportunity. Yes to the responsibility. And most importantly, I said “Yes” to God.

Onward, Christian soldiers, marching as to war, with the cross of Jesus going on before.

Lucky for me, because only God understood all that I agreed to. Without realizing it, I had just said “yes” to unprecedented leadership and responsibility—a role that grew until it took over my home life, my personal life and my spiritual life. Only God could have predicted how quickly a simple peacekeeping mission would turn into a reenactment of World War III, complete with heavy combat and high casualties—and only God could arm me for the fight to come:

Never have I held a leadership role more public—or more terrifying. Thousands of students and millions of dollars were at stake—and failure was most definitely an option. Only God could command me to fight for such a thing, only God could equip me for battle—and in the end, only God could deliver victory.

The horse is made ready for the day of battle, but the victory belongs to the Lord. Proverbs 21:31

That election day, we won the vote and passed the bond by a nail-biting margin of two percent. On the other hand, I enjoyed a pretty decisive victory in my own personal battle against fear. I don’t ever need to be afraid to lead—so long as that leadership begins and ends by following God. Only God.

Remember that I commanded you to be strong and brave. Don’t be afraid, because the Lord your God will be with you everywhere you go. Joshua 1:9