Praises from a Stage Mom 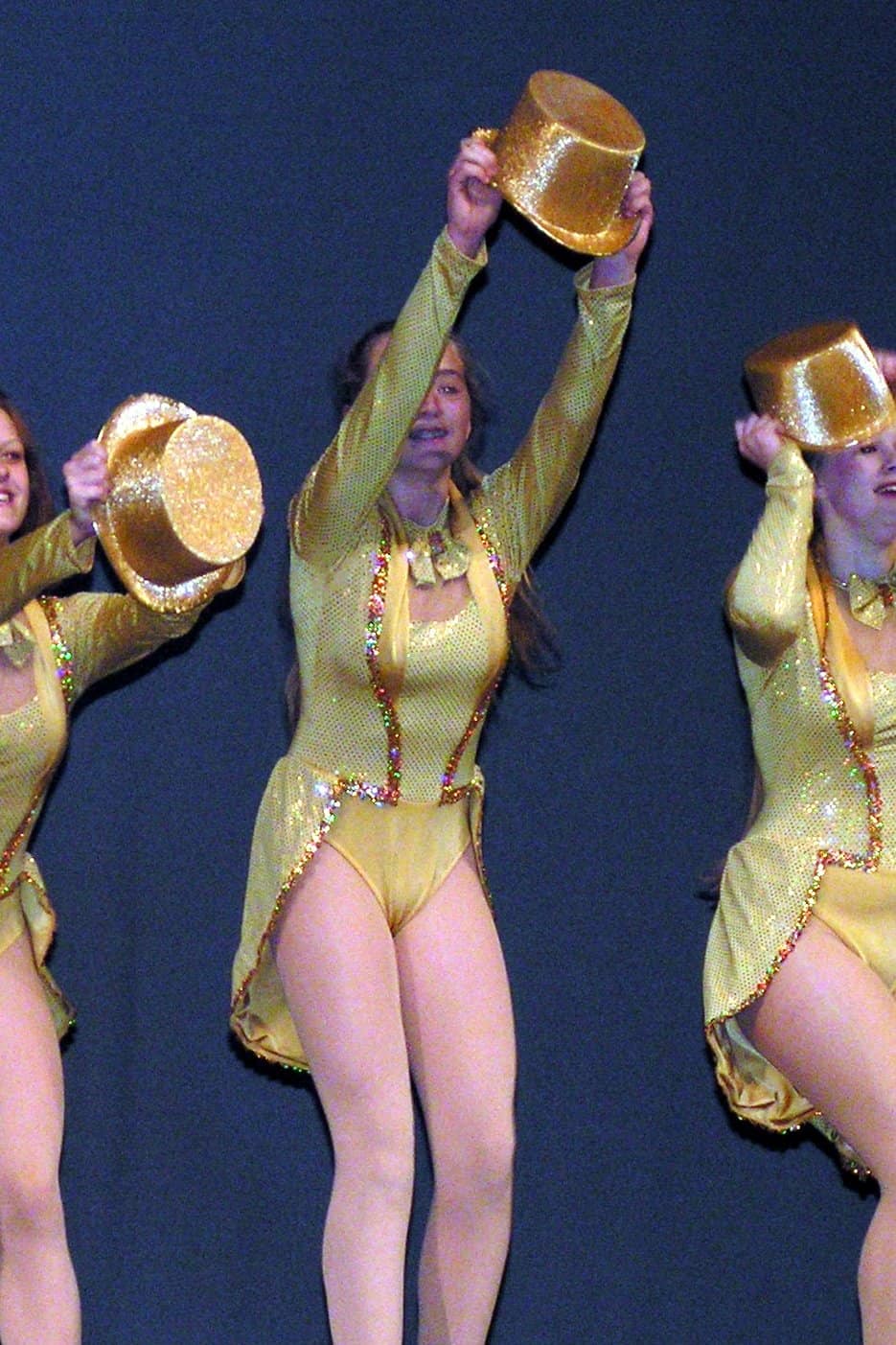 I’ve finally figured out why so many parents can’t resist becoming stage moms and sports dads. The incredible triumph we feel when we watch our children succeed is pretty enticing. Is there anything sweeter than watching your child celebrate victory after years of hard work? I experienced this firsthand at one of Katherine’s dance recitals. The event was unusually intense for our family that year, filling an entire weekend with multiple rehearsals, costume changes and performances as our two daughters between them performed in ten numbers in two days. Never had we been so exhausted—or so elated!

The recital concluded with a fantastic show-stopping number, a faithful rendition of One (Singular Sensation) from A Chorus Line, performed by all the advanced and company dancers. Our girls were positively dazzling in their gold top hats and tails, and electrifying in their precise choreography. While members of the audience recognized each impressive movement with enthusiastic cheers, my own response made them seem positively indifferent by comparison. As the girls ended the striking dance routine with a series of high kicks, I was out of my seat, bursting out over the applause, “That’s my daughter!”

As the curtain closed, I was crying uncontrollably. That day, and for several days after, I stopped everyone I knew to ask, “Were you there? Did you see? Do you know? One of those girls was my daughter. One of those magnificent creatures in the chorus line belongs to me.” Oh, it was bad!

It seemed only yesterday that Katherine was dancing with the other little girls. When we first started out, I was so inspired by the prospect of all that was possible if only she stayed with it. Then I wondered if she stick with it long enough to achieve all that was possible. Back then, we could only dream of coming so far. Suddenly, incredibly here we were years later, experiencing that moment for real.

Even though I had seen Katherine run through this number many times, even in costume, I was still unprepared for my reaction. It was a such a powerful and emotional experience, especially when you’re a sucker for show tunes and dance movies. I especially love A Chorus Line, and think One is perhaps the best number in the show. With their glittery gold costumes and precise choreography, the cast is dazzling. I could watch it over and over and never fail to be thrilled by the spectacle. However, never in my wildest dreams did it ever occur to me that I would get to see my favorite number performed by my own beloved daughter!

It was only later that I could see the greater significance of this triumphant moment. For all of us who “dance” for Christ, there will come a time when we realize all that we have ever dreamed of and more. While for now it we can scarcely imagine such a thing, someday we will experience it for real. As we take our appointed place in the spotlight, we will be nothing short of dazzling and electrifying. . .

and our Father will be right there in the front row, applauding and cheering for all to hear, “That’s my daughter. She belongs to me.”