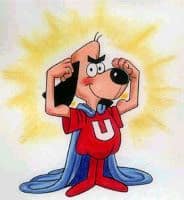 Make allowance for each other’s faults, and forgive anyone who offends you. Remember, the Lord forgave you, so you must forgive others. Colossians 3:13, NLT

I came across this verse in a daily devotional on forgiveness—a subject I could always stand to learn more about. Inspired to study and reflect on it further, I looked up the verse in a parallel Bible and read the same words in four different translations. I find that lately God speaks to me most clearly through the New Living version.

And that is where one word in particular caught my eye. Allowance. Biblically speaking, what does that look like, exactly? So I looked it up too. Of all the definitions I read, the one that best seemed to fit was a sports term. (Ironic, considering I am totally consumed writing my version of a “faith-based approach to sports” book.  As a result, I am constantly describing life in sports terms!)

Anyway, here is what Webster had to say about allowance: It is “a concession or privilege accorded by the rules to a contestant to make his chance more nearly equal to that of his competitors.”

Wow. I had never looked at forgiveness that way. To be honest, when I fight my way through it, usually it’s because I know it’s best for me. Forgiveness dissolves my pain and bitterness so that I move past the hurt towards peace and reconciliation.

However, this interpretation puts a different spin on forgiveness altogether. According to God’s rules, I should respond to conflict and hurt by doing my part to give my offender the same opportunities I have received. The second part of the verse speaks to this: since God forgave me, I must do the same so that my “competitor” has a chance “more nearly equal” to mine.

Otherwise, I have an undue advantage—it’s not even a fair fight. With God on my side, I am already favored for victory. I may as well be the team with the impressive roster and enormous spirit groups and stands packed with enthusiastic spectators, my “crowd of witnesses,” if you will. Meanwhile, the person who dared injure me is the underdog.

Well, come on! Who do we always cheer for? The best part of any great sports movie is the moment of victory against overwhelming odds.  I think God enjoys upsets, too. After all, scripture points out that in contests for righteousness, He clearly roots for the little guy:

Then Jesus told this story to some who had great confidence in their own righteousness and scorned everyone else: “Two men went to the Temple to pray. One was a Pharisee, and the other was a despised tax collector.” Luke 18:9-10, NLT

I’m not trying to cast myself (or Christians in general) as the bad guys here. After all, we are on the winning team. I’m just saying that from now on I plan to work a little harder at forgiveness. After all, it’s not only good spiritually—it’s good sportsmanship.