Blessed Be the Ties That Bind

When Brent and I threw a Sweet Sixteen birthday party for our daughter Katherine—and sixteen of her closest friends—we chose the theme “Growing Up Together” to commemorate years of friendship. It was a sweet opportunity to celebrate the lives of these lovely young women and the close bonds they all shared. 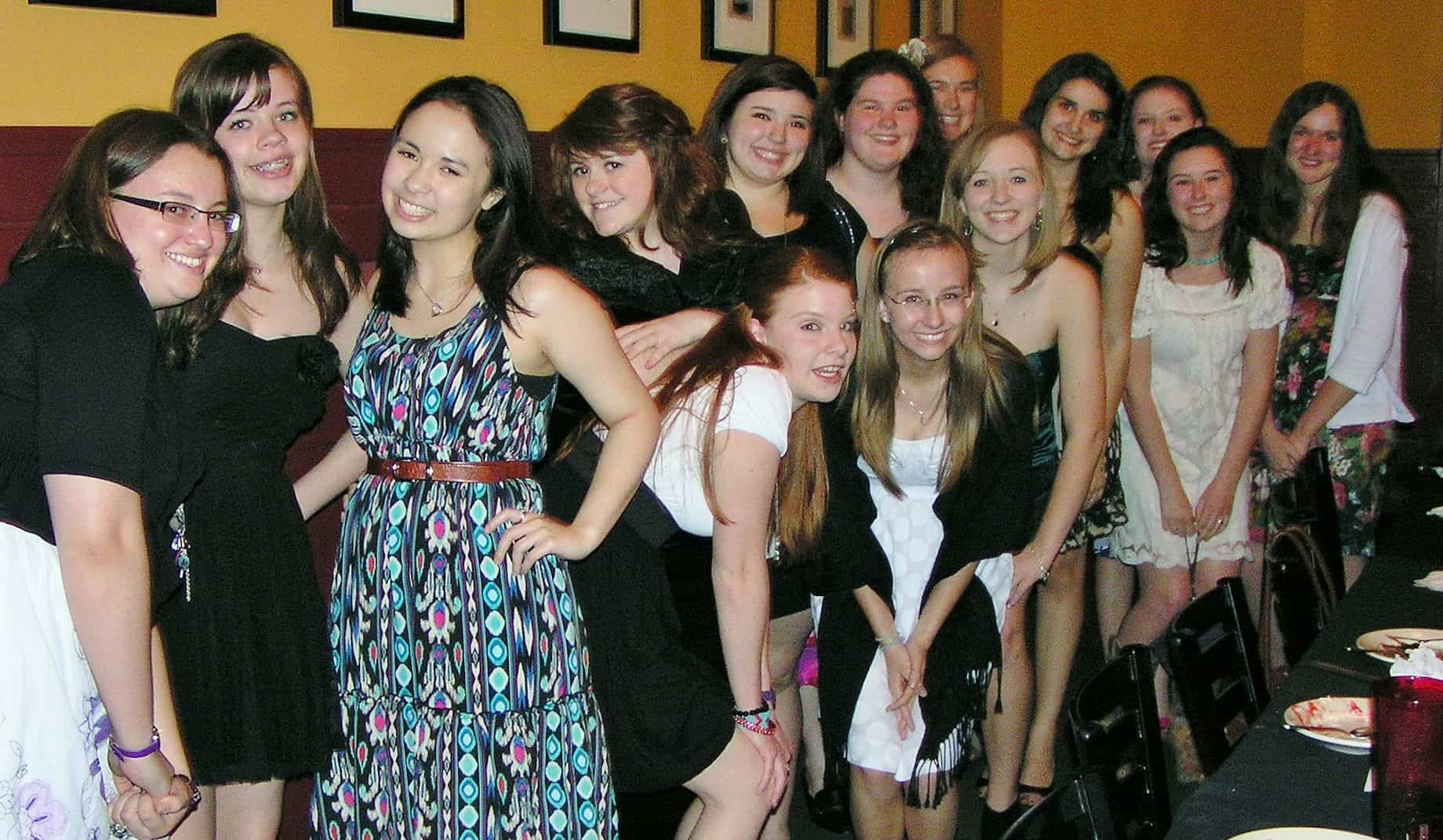 Breanna was one such friend to join us that evening, a precious girl we consider one of Katherine’s “BFFs.”  The girls were only five when they met in summer dance class.  They hit it off instantly, and mother Julie and I were greatly reassured to learn that our daughters would be starting kindergarten at the same school. We were even more delighted when they ended up in the very same class! And so began a friendship that would carry Katherine and Breanna from that first day of kindergarten all the way to high school graduation—one formed and fostered through this shared love of dance.

As I looked at all the smiling faces around the table that night, it struck me just how many of Katherine’s friends shared a similar history. Many of the girls were “dance team friends.” Or “choir friends.” Sometimes both. As with many teenagers, my daughter’s teammates had become the core of her high school community. After all, these girls spent hours at practice and miles on the road together. There were onstage performances—and backstage dramas. There was plenty of hard work and light-hearted camaraderie; celebrations, struggles . . .  and even plenty of prayer.

That right there was the best possible reason to celebrate, the thing we were most thankful for. You see, all through those growing-up years, Brent and I had shared our own prayers—that our children would pursue godly friendships. Meanwhile, we had also prayed that God would lead our children into ideal pursuits—the kind that would honor Him and bless our children.

However, never could we have anticipated how He would weave those two requests together, answering them beyond anything we could ever ask or imagine.  Not only did He bring godly friends and role models into our children’s lives, He also directed them toward activities in which godly friends would meet, learn and grow together. These “choir friends” and “dance friends” were united not only in their common interests and mutual affection—but in their deep love for Christ. While they didn’t necessarily belong to the same church or denomination, they shared a profound faith which sustained them all through “the thrill of victory” and “the agony of defeat” both on and off the field.

And that was the sweetest gift we could ask for.

Two people are better off than one, for they can help each other succeed . . . three are even better, for a triple-braided cord is not easily broken. Ecclesiastes 4:9, 12 (NLT)