Cutting Through the Red Tape 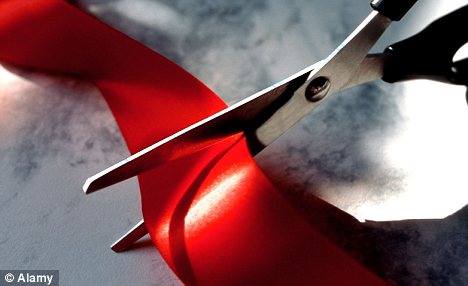 Finding Community in a Competitive World

It makes no difference whether you are a Jew or a Greek, a slave or a freeman, a man or a woman, because in Jesus the Anointed, the Liberating King, you are all one. Galatians 3:28 (The Voice)

One of the things I love most about extracurricular life is its community. Team spirit. Esprit de corps. Children’s activities have a way of bringing together parents from all over and uniting us in a common purpose.

I witnessed a beautiful example of this kind of community at a recent competition. We had been watching team after team perform as usual when the unexpected occurred: an athlete experienced a medical emergency. At that moment, individual concerns about points, rank and trophies were forgotten as we rallied to support a fallen teammate.

Event staff circled protectively around the young woman, creating privacy while she received care. Meanwhile, the arena held a collective breath as we awaited the outcome. Once she was escorted safely offstage, everyone applauded in unison. We cheered even louder once we learned she was going to be fine. Echoing the thoughts of many, the emcee finished this announcement with a heartfelt, “Thank you, Jesus!”

It is a wonderful thing to link arms together in unity . . . until the time comes when we have to circle the wagons against “the enemy.”

I saw a little of this at that same competition. Our team likes to sit, support and cheer—as a team. When there are many teams and limited space, it’s common practice to stake out our territory. This particular day, an enterprising team mom had blocked out an arena section for our gym with strips of red tape. Her strategy would have succeeded—if their gym had not disregarded the tape—and claimed our seats as their own. By the time all teammates had arrived, both tempers and seats were running a little short.

To be fair, the “Skirmish in the Stands” was merely symbolic of a greater struggle. Our gym had recently suffered bitter defeat in a turf war with a rival studio. We were fighting to protect what really mattered to us: our teammates, our program, our victories.

By the time I finally found a seat, I was ready to fume in solidarity with the rest of my team. Meanwhile, their deafening cheers erupted all around us, a constant reminder that they had taken over our space.

Without warning, one of their mothers turned around and spoke to me:

“I want to you to know we’re cheering for you all too—we hope you do well today!”

I was stunned into a humbled silence. It was all I could do to mumble an awkward, “Th-thank you. That’s v-very kind of you.”

She modeled community a whole lot better than I did.

The next day, my college kid came home for the holidays. Like so many of her classmates, she is on her own pilgrimage to find community—in her studies, her relationships—and her belief systems. Apparently, since her last visit she had discovered a new ideology that appealed to her. Since it was one I personally have some strong objections toward, it was hard to “be quick to listen and slow to speak.” Silently I asked God to help me “speak the truth in love.”

At length (okay, it took an entire day), I had this wisdom to share:

Be wary of anyone preaching “us vs. them” ideology. “They are the problem—we are the solution. We win by beating them: their studio, their politics, their religion, their color, their gender.”

This kind of strategy may win the day—but only for those “inside the red tape.” It promises community—but delivers division. Such fierce rivalry will never triumph over a broken world—it will only split it further apart.

Thankfully we do not follow a God of “red tape,” but One who recognizes that they are not the problem (Ephesians 6:12) any more than we are the solution (Romans 3:9-12). In God’s Kingdom, there is no us and them. We are all His, and find true community through Him. As members of His team, we are all sure to win. 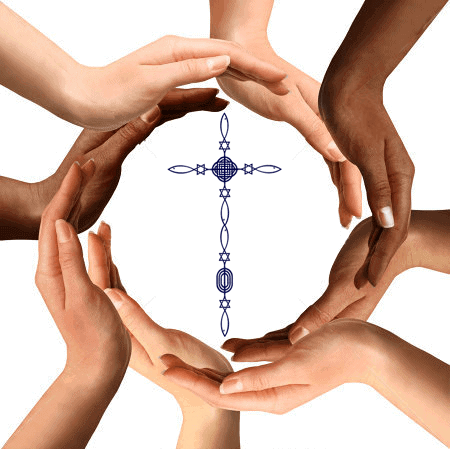 In Christ there is no East or West, In Him no South or North; But one great fellowship of love Throughout the whole wide earth.

In Him shall true hearts everywhere their high communion find; His service is the golden cord, close binding humankind.

Join hands, then, members of the faith, whatever your race may be! Who serves my Father as His child is surely kin to me.

In Christ now meet both East and West, in Him meet North and South; All Christly souls are one in Him throughout the whole wide earth.