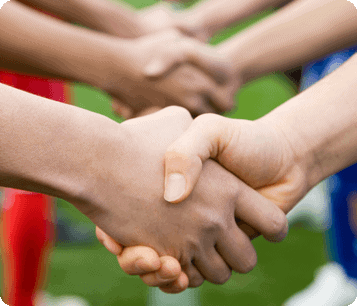 It’s not whether you win or lose, but how you play the game.

A well-played game is one that ends well. A well-ended game is determined by how its players handle winning or losing. Sulking is unsportsmanlike. So is gloating.

In the wide world of sports, such conduct is not only frowned on, but forbidden. Recently the NCAA instituted a new unsportsmanlike conduct rule prohibiting “any excessive act by which a player attempts to focus attention upon himself.”

True sportsmanship, on the other hand, is humble, generous and considerate. Good sports understand there is more to the game than the final score. They value relationships as well as results. They make sure to shake hands before leaving the field. They know they will go on to face each other another day.

It saddens me that political competitions seem to generate so much unsportsmanlike conduct. And not just from the players, but spectators as well. When results come in, my first instinct is to steer clear of social media and avoid the reaction of the masses.  I have no desire to witness gloating or sulking.

However, when a particularly controversial issue was decided last year, my curiosity got the better of me. I took a chance and returned to the online arena, and couldn’t believe what I saw. No gloating. No sulking. Just dignified joy . . . or gracious regret. And a willingness from both sides to reach across the ideological divide and shake hands.

That same night I caught a rerun of Facing the Giants and heard Coach Taylor’s game-changing words: “If we win, we praise Him. And if we lose, we praise Him. Either way we honor Him with our actions and our attitudes.”

The Psalmist puts it this way:

Perhaps the real contest is decided not by winning or losing—but worship. Seeking salvation from the scoreboard is a dangerous game. When we idolize the victory and overlook the Victor, we are sure to gloat or sulk. As bad sports, we are not likely to honor God or each other.

But thank God! He gives us victory over sin and death through our Lord Jesus Christ. I Corinthians 15:57

What a game-changer it would be if we looked away from the game and back to God. After all, He has already scored a decisive win that will stand for eternity. His son endured the agony of crucifixion and death to deliver us from the agony of defeat.  We can all celebrate the thrill of victorious resurrection. We have no reason to sulk or gloat.

We are members of His team, called to model good sportsmanship to a lost world. After all, the season isn’t over yet.